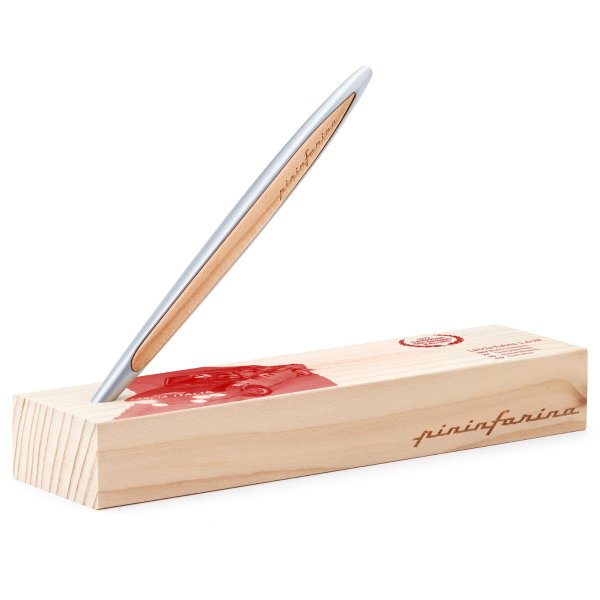 50 years ago, in 1972, the Lancia Fulvia 1.6 HF won the first World Rally Championship title. In addition, the Fulvias also triumphed in 20 national championships that year, achieving 79 overall victories and 247 class wins worldwide. An incredible achievement to this day! To mark the occasion, an exclusive and strictly limited special series has been created in honour of the Lancia Fulvia 1.6 HF in cooperation with Pininfarina Segno.

Only 200 examples are made by hand and consecutively numbered.

Hand-cast aluminium, fragrant cedar wood and a patented Ethergraf tip that writes only by oxidation, i.e. due to the contact of the tip with the paper. The stroke appears as if made with a pencil, but does not fade over time and writes infinitely without ink or refill.