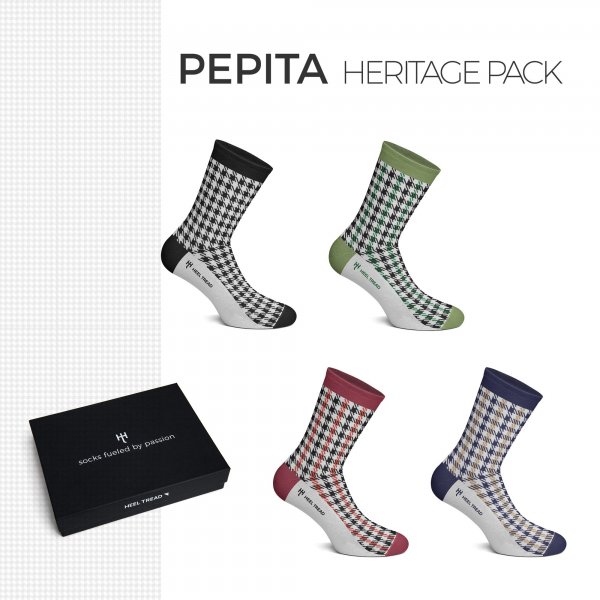 The Pepita was yet another inspiration from the fine auto-making people of Stuttgart. Four flavors of Porsche vintage seat fabric in a beautiful bespoke box.

From the time when the default Porsche interior wasn't a monotonous shade of leather, back when Porsche used to throw in a plethora of unique patterns to keep curious onlookers awake while ogling through the side windows.

Car makers once paid little attention to their color and fabric departments, but Porsche - besides being known for making a sports car or two - has a history of creating unique and bold upholstery patterns that has always worked as an added lure for their above-average-fashion-conscious clientele.

So is the story with the Pepita, one of the most famous and recognizable seats. A relative to the 1800s Scottish houndstooth - although definitely not the same - legend as it that the name Pepita has its origins in a homonymous Spanish dancer that performed in Stuttgart in the 1850s and was known across Germany.

It has since reappeared in the 50th Anniversary 911 Carrera in 2013, and through Porsche's “Heritage Design Packages” the vintage textile is now making a comeback as a premium option in the sportiest models Stuttgart has to offer.