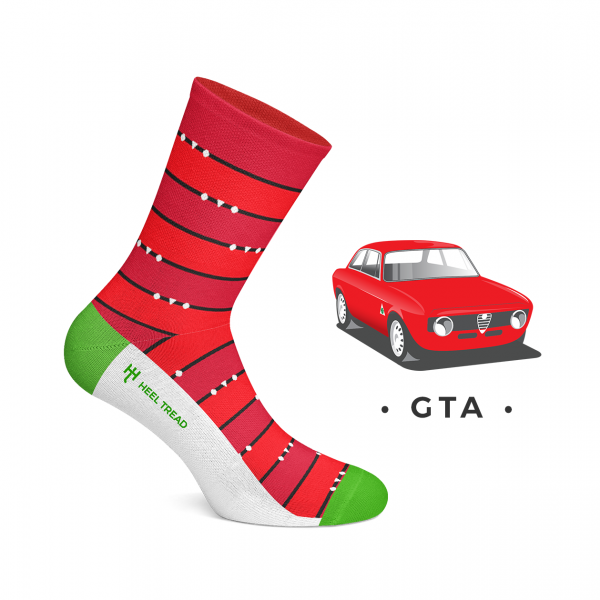 Some say you can't call yourself a true petrolhead if you've never owned an Alfa Romeo. We wouldn't go so far as saying that – though we certainly do understand the appeal – but we can all agree that it's hard to think of a car maker that's more intimately associated with motorsport than Alfa Romeo, a brand that practically established the sport that later became Formula 1 – and was also the starting place in the business for a young Enzo Ferrari.

The Giulia GTA ("A" for Alleggerita) was a lightweight version of the Giulia GT production car from the 60's and its track version quickly became a bit of a racing legend in touring car championships the world over.

The inspiration for the sock design is the triangular front grill with the round headlights with and added Quadrifoglio green to complement its Italian heritage. 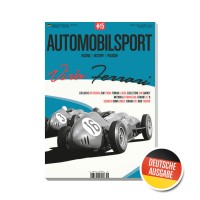