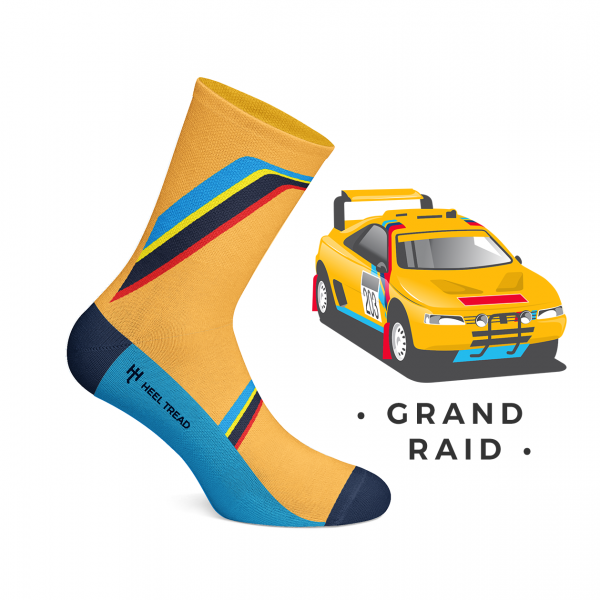 Although beautifuly styled by Pininfarina and a huge commercial hit in Europe, the Peugeot 405 family saloon was not exactly what most would call an exciting car.

But then came Peugeot Talbot Sport with the turbochargers. The 405 T16 Grand Raid became a jaw dropping coupé with top rally capabilities and, in the hands of Ari Vatanen, broke the Pikes Peak record in 1988 and had two consecutive wins of the Paris-Dakar in the following years.

The sock design is inspired by the awesome Dakar-livery 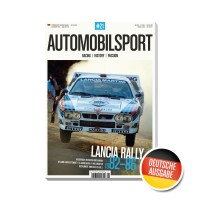