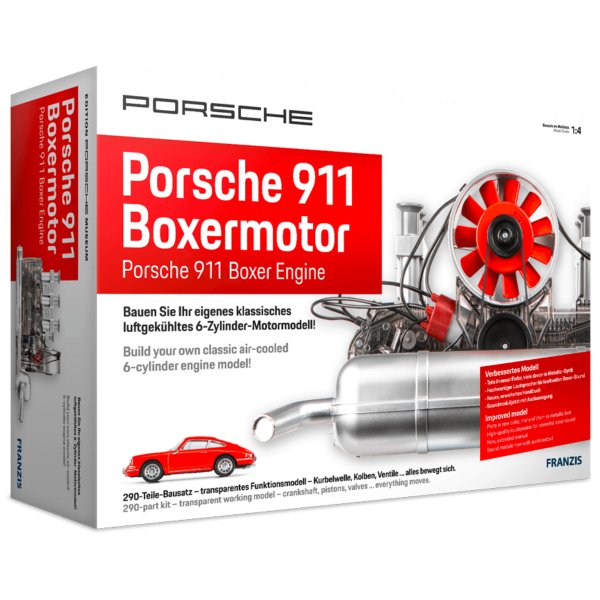 The Manual (German/English)
The comprehensive manual includes incredible insight into Porsche and the 911. It's technical roots are revealed and its development carefully tracked. Put your engineering skills to the test by building your own six-cylinder boxer engine, guided by step-by-step instructions, at your desk or in your living room.

The Kit
With over 290 parts, you'll build a transparent model with the same moving parts as the real thing. The components are easy to assemble and screw together without glue.

This is not a toy! Not suitable for children under 14 years.