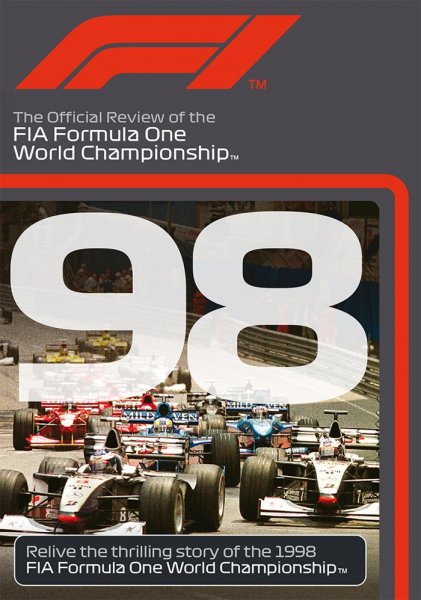 Description Evaluations 0
Description
The McLaren team took a dominating win at Melbourne to start the 1998 title fight and it seemed... more
Close menu
F1 1998 – The Official Review of the FIA Formula One World Championship

The McLaren team took a dominating win at Melbourne to start the 1998 title fight and it seemed the season would be a one-horse race.

Then at the third round in Argentina, Michael Schumacher and his Ferrari took the fight to Mika Hakkinen and prefaced another classic back-and-forth battle.

As quickly as Hakkinen could pull out a lead, Schumacher reeled him back with sensational drives in Canada and France and strategic drives in Argentina and Hungary, until with two rounds to go, they were even on points.

The Championship went down to the final race in Japan where Mika took the honours.  But there were no losers, Michael’s gallant season-long charge made for awesome viewing and a magnificent year.