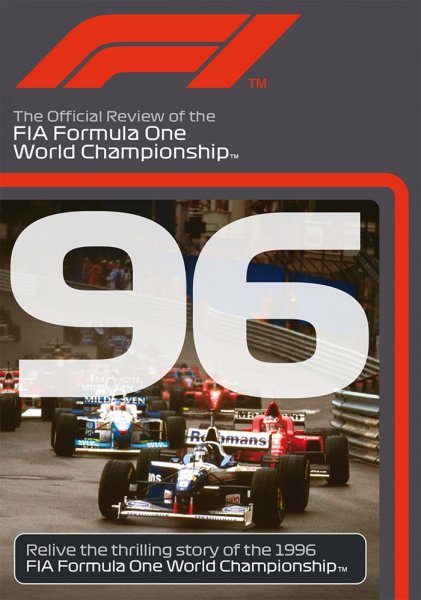 Description Evaluations 0
Description
From the opening round of the 1996 season in Melbourne, the potential for an extraordinary year... more
Close menu
F1 1996 – The Official Review of the FIA Formula One World Championship

From the opening round of the 1996 season in Melbourne, the potential for an extraordinary year was plainly evident. In particular, the two Williams-Renault team mates were quick to display the sort of skill and determination that would keep this contest on the brink to the very end.

As Damon Hill established his campaign to overcome Ferrari’s reigning World Champion Michael Schumacher, Jacques Villeneuve was proving to be not only an exciting new talent, but a serious title contender.

By mid-season, Hill's lead was looking comfortable, but then a disappointing British round began a run of races that would see Villeneuve and Schumacher claw back valuable points.  As the finale at Suzuka approached, the outcome of the 1996 Championship rested on just one race and fans the world over held their breath...