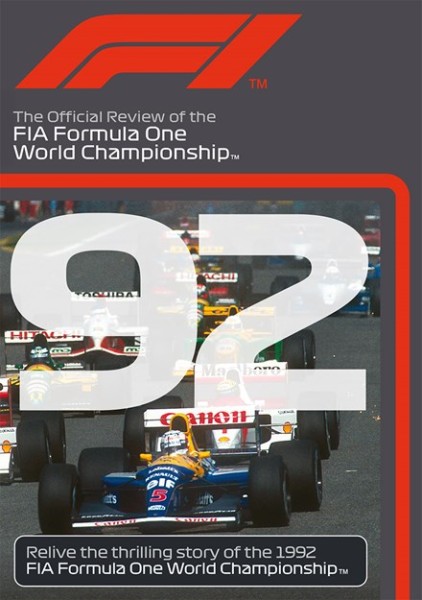 Description Evaluations 0
Description
Determination paid off for Nigel Mansell in 1992 as he finally succeeded in capturing the crown.... more
Close menu
F1 1992 – The Official Review of the FIA Formula One World Championship

Determination paid off for Nigel Mansell in 1992 as he finally succeeded in capturing the crown.

Mansell left nothing in reserve as he piloted his Williams-Renault to nine wins and fourteen pole positions: his winning margin was more than 50 points over team-mate Riccardo Patrese.

With no Alain Prost, Senna’s McLaren-Honda team off the pace, Ferrari still in the wilderness and Jordan replacing both of their 1991 drivers, ‘92 proved to be a year of turmoil for most of the grid. The exceptional team was Benetton whose young driver Michael Schumacher was proving to be a force to be contended with.

With five winners in the final five races of this season the annual review packs in so much action it will reward multiple viewings.