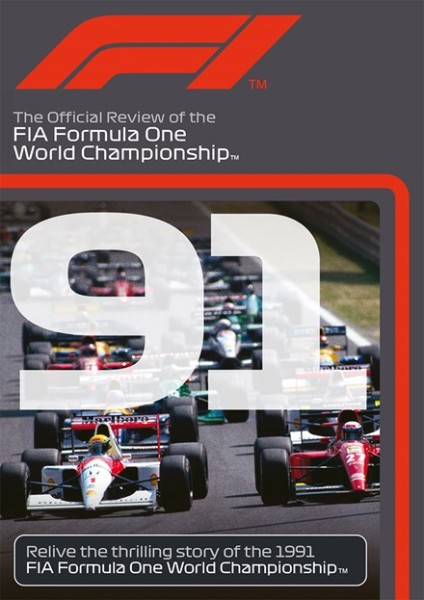 Description Evaluations 0
Description
After years of domination, the McLaren-Honda team received a shock in 1991, in the form of... more
Close menu
F1 1991 – The Official Review of the FIA Formula One World Championship

After years of domination, the McLaren-Honda team received a shock in 1991, in the form of Williams-Renault.

The Williams were by far the most competitive cars in the Championship. Ferrari, the stars of winter testing, fell into disarray during the season and finished a distant third.

Benetton's highpoint was winning the Canadian race and introducing the most dynamic new driver of the season, Michael Schumacher, whilst newcomers Jordan performed superbly to take 'best of the rest' in the Constructors’ Trophy.

Ayrton Senna thoroughly dominated the early races of the '91 season, but it soon developed into a tense two-way battle as Nigel Mansell clawed his Williams-Renault into contention. The official review somehow squeezes all the highlights of a dramatic and exciting year into 162 minutes.