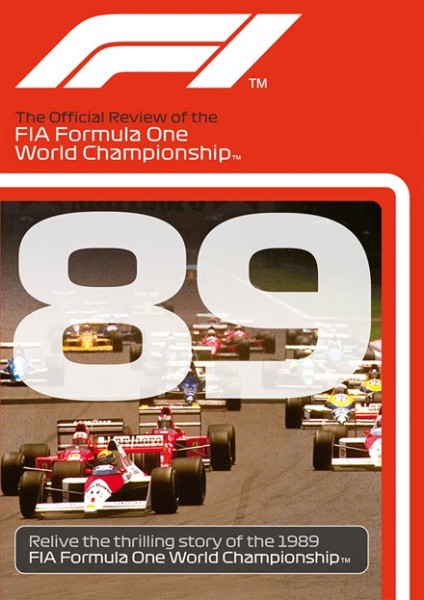 Description Evaluations 0
Description
Unlike 1988, the first year of the non-turbo era was anything but a walkover for McLaren-Honda.... more
Close menu
F1 1989 – The Official Review of the FIA Formula One World Championship

Unlike 1988, the first year of the non-turbo era was anything but a walkover for McLaren-Honda.

With Senna and Prost remaining with the British team for 1989, McLaren had the two most talented drivers in the field on their roster and every reason to believe they were in with a good chance of another Driver’s and Constructor’s title double.

Then Ferrari wins came in Rio, Hungary and Portugal, Benetton-Ford in Japan, Williams-Renault in Canada and Adelaide.

In the end the biggest threat came from within, as the bitter rivalry between the two legends boiled over into spectacular scenes on and off the track culminating in a controversial clash at the penultimate race of the year: Suzuka.