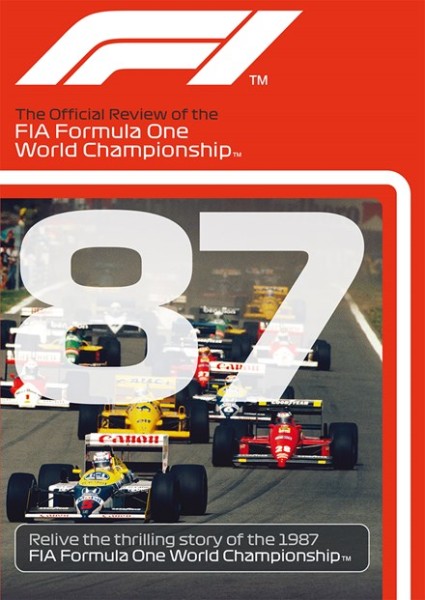 Description Evaluations 0
Description
Seven years after the sport came under the control of FOCA, Formula 1 was more intercontinental... more
Close menu
F1 1987 – The Official Review of the FIA Formula One World Championship

Seven years after the sport came under the control of FOCA, Formula 1 was more intercontinental than ever and the coverage was increasingly benefiting from the latest recording technologies.

From a standing start in Brazil, through 16 races, 4 continents and a flying finish in Adelaide, the 1987 season provided non-stop entertainment with spectacular racing - all supported by on-board and pit-lane footage, technical insights and characterful interviews.

Williams-Honda teammates Nigel Mansell and Nelson Piquet fought it out all season long whilst checking for Ayrton Senna’s Lotus and the McLaren of Alain Prost in their rearview mirrors.

Mansell should have had it with 6 wins to Piquet’s three, but a crash in Japan settled the title in the Brazilian’s favour.