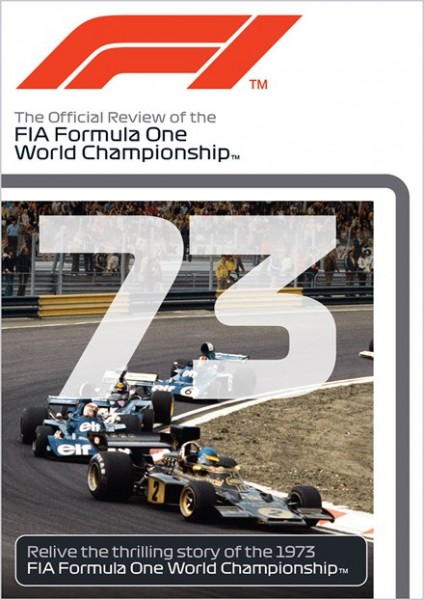 Description Evaluations 0
Description
Jackie Stewart had taken the title in ‘71 but Brazilian prodigy Emerson Fittipaldi was the... more
Close menu
F1 1973 – The Official Review of the FIA Formula One World Championship

Jackie Stewart had taken the title in ‘71 but Brazilian prodigy Emerson Fittipaldi was the reigning champion. At the start of the 1973 season there was no question regarding intention: Jackie Stewart wanted his title back.

It was Fittipaldi who laid down the gauntlet, winning three out of the first four races. However, Stewart refused to buckle under pressure, and consistent displays of driving genius with the Tyrrell wondercar brought him right back into contention. By the halfway point of the season, Stewart led the title race by a single point.

From this, he turned on the style, transforming his slender lead into something that was simply unassailable. After tragedy struck his team mate Francois Cevert at Watkins Glen he retired from racing at the end of the season as champion – with his position as one of the all-time greats assured - and dedicated himself to improving safety in the sport he loved.