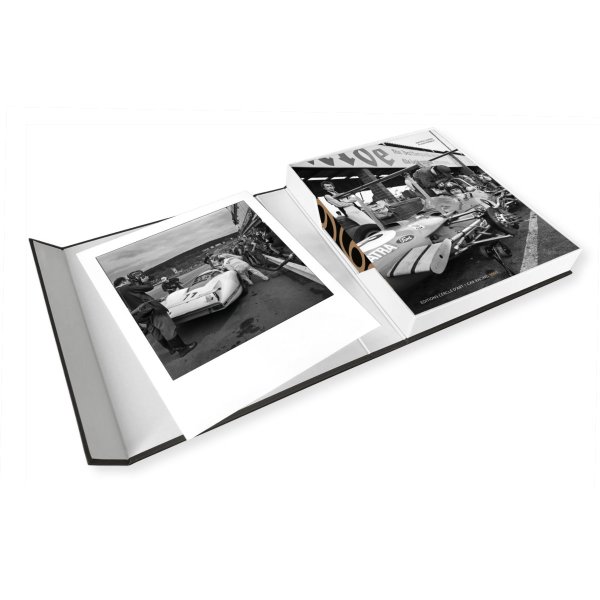 This product is currently not available.
Please inform me as soon as the product is available again.
€250.00 *

Description Evaluations 0
Description
Each book in the collection is the subject of a special edition in a luxurious canvas box,... more
Close menu
Car Racing 1969 – Limited edition

Each book in the collection is the subject of a special edition in a luxurious canvas box, limited to 200 copies numbered from 1 to 200. They are accompanied by an original photograph from the DPPI agency. For this 1969 edition, the photograph is Porsche 908 Coupé, Hans Herrmann / Rolf Stommelen, 1000 km of Spa-Francorchamps, printed on 315g Hahnemühle paper by the Picto laboratories in Paris, with its certificate of authenticity.

Car Racing 1969 brings to life a year of daring sportsman­ ship and industrial prowess, but also challenges. Fierce struggles pitted Ferrari and Ford, Matra and Brabham, Lotus and others against McLaren, even as a new rival, Porsche, gained strength. These pitched battles were inspirational for the photographers from DPPI, to whom the national – and henceforth international – press entrusted the task of missing not a moment of these monumental confrontations.