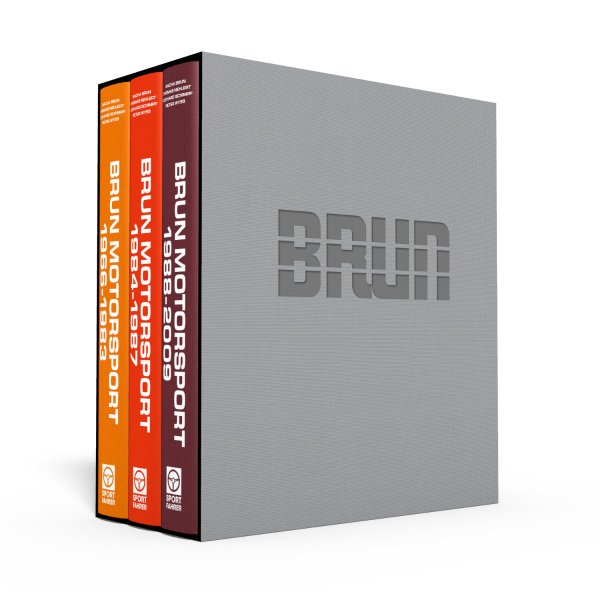 Tall, slim, with jet-black hair and a very thin black moustache, he would have fitted into a pirate movie or a western. It was quite a sight to behold when, for example, in 1975 - I can still see it in my mind - he rolled onto the meadow that served as the paddock for the opening round of the European Mountain Championship in Draguignan in the south of France: Range Rover as towing vehicle, behind it on the trailer the three-litre BMW-CSL by Schnitzer, on the passenger seat a willowy girl with blonde hair down to her bottom and on the back bench a sheepdog. This is how one of the four authors, Eckhard Schimpf, describes memories of Walter Brun. Born in Lucerne in 1942, Brun started his professional career at the post office, where his mother thought he was in good hands. The enterprising lad soon set up his first gambling machines - later there were hundreds. He opened a disco, ran a champagne business and in the mid-60s began to drive mountain and circuit races very successfully. After all, he became European mountain champion in 1971 on a Schnitzer-BMW.

With his Brun Motorsport racing team, Walter Brun set new standards in the German Racing Championship from 1981 and later in the Sports Car World Championship. Alongside the boss himself, the international driving elite of those days sat at the wheel. Unforgettable were the appearances of the great Stefan Bellof for the team, who unfortunately also had a fatal accident in a Brun-Porsche. But "Walti" Brun overcame this stroke of fate, just as he later overcame his failure in Formula 1. He was quick-tempered, generous and completely unconventional - he even introduced his two wives to the company patriarch Ferry Porsche.

Initiated by one of his sons, Sacha Brun, together with the authors Thomas Nehlert, Eckhard Schimpf and Peter Wyss, this book looks back on the racing exploits of Walter Brun and Brun Motorsport on an incredible 962 pages. In elaborate research, Sacha Brun compiled a selection of over 1200 photos from the race tracks around the globe with pictures from almost every Group C event, from the European Touring Car Championship, the DRM and numerous other categories, as well as from the set-up of the cars, victory celebrations and private moments. "It's hard to imagine what moved the team back then," Sacha Brun notes when looking at the photos. "It is a unique team story, marked by a passion for motorsport that does not exist a second time and will never exist again. It was crowned with a German championship title, a European championship title and a world championship title."