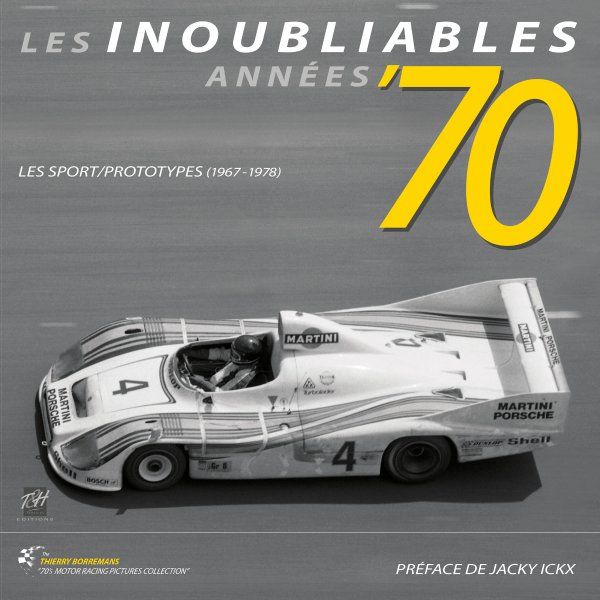 The second volume of the book series "Les Inoubliables Années '70" (The Unfortgettable 70s) by Thierry Borremans is dedicated to the sports cars and prototypes of the years 1967 to 1978.

As with the first volume, the preface was written by Jacky Ickx. On 400 pages, the book contains a selection of more than 400 photos, of which 90% are unpublished, with the most distinctive cars of the 70s.