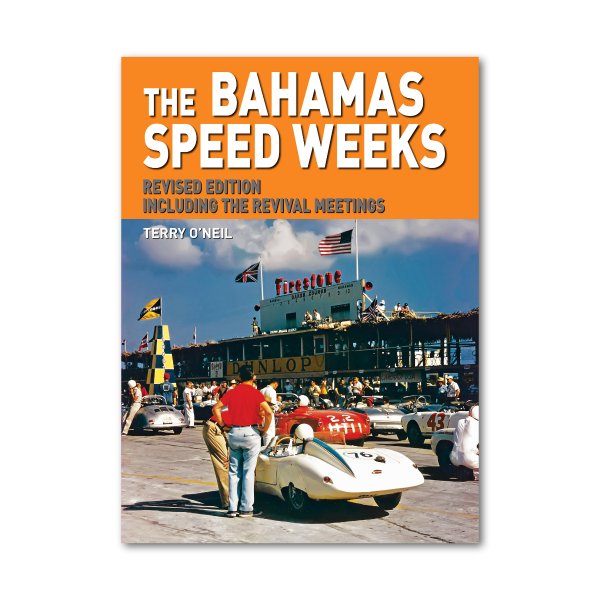 The original book took six years of research, in which time a great amount of printed material was collected and scrutinised for details associated with the races. It was a sector of motor racing that had remained relatively unexplored due to the difficulty in finding information, accurate or otherwise, and myths associated with the event had become ‘fact’ with the passing of time. The research led to some of the myths being exposed for what they were, purely myths, but other stories reported at the time have remained a mystery.

To those that question the printed word research can be exciting, frustrating and very complex. The author also adds the caveat that it is never ending, and full of traps.

How very true and profound the words turned out to be, as six years on, comments, information and personal experiences of the event from the readership has led to numerous additions and detail changes being made to both the text and the race results.

Approximately 6000 words have been added to the original text that tells of the roller­coaster history of one of motor sport’s most fascinating curiosities. The planning of the event started in 1953 and the first races were in 1954 and went on until 1966, a period in time in which drivers came to enjoy the scenario of sun, parties and racing at the end of a busy season in America and Europe.

In the latter years money was also an added attraction, the event being billed as the largest prize money event in the sports car calendar. This though brought about problems for some American drivers who were members of the SCCA. In the eyes of the Sports Car Club of America they were amateur drivers, and as such should not accept prize money. It appeared that the fact that the Bahamas was under British rule and not under American jurisdiction for motor racing had little relevance in the matter.

Throughout the period of the Speed Weeks the races were predominantly for sports cars, though there were motor cycle races in 1954, powerboat races in 1956, Karts in 1960-61, and Formula Junior and Formula Vee races in the 1960s.

One of the original aims of the Speed Weeks was to increase tourism in the Bahamas and fill the hotels in a slack period of the year. It was an aim that was fulfilled, though at a cost. Much of the money required to organise and run the Speed Weeks came from the Bahamian government, and as years went by the demands of the organising body for financial support became more and more. It must have appeared to the Bahamian government that they were throwing money into a bottomless pit.

The extended text and detailed result tables in this revised edition are amply supported by approximately 600 photographs, including many that have not been published previously, with other supporting material such as programme covers, race badges, passes, invitations, tickets and letters dispersed throughout the book.

There is also a more detailed account of the activities of the Bahamas Racing and Sports Car Club, now sadly defunct, and the Formula Vee races organized by "Red" Crise and held in 1947 on the island of Grand Bahama.

New to the book is a section on the Revival meetings held since the original races, culminating in the events started in 2011 and are currently taking place on the island of New Providence.