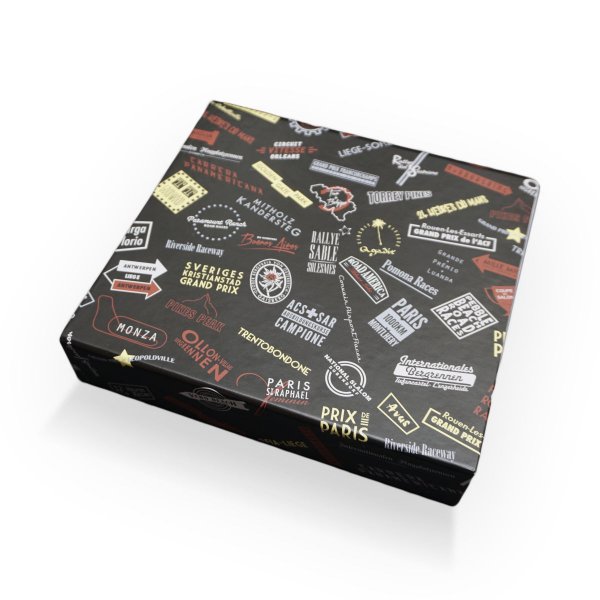 Description Evaluations 0
Description
This 640-page study focuses on 376 historic photos of Porsches in competition.  It does so... more
Close menu
SportErfolge

This 640-page study focuses on 376 historic photos of Porsches in competition.  It does so in great detail, using Adriaensens’ vast collection of previously unpublished photographs.  These are of great variety, not the usual clichéd shots: they cover not just the cars and the action, but also the people involved and candid behind-the-scenes stuff.  As usual, the reproduction quality is exceptional.

Exhaustively detailed captions show great depth of research.  It’s this, alongside the stunning images themselves, that makes this book special and different.  Many consider SportErfolge as the best book on early Porsche racing history.

It’s about a part of the rich racing and rallying history of Porsche from as early as 1951 when the Austrian-built Gmünd 356 challenged the early post-war racing scene. From there it goes all the way up to 1963 when the rare flat-eights showed great potential at the Targa Florio, Nürburgring and Le Mans. In between are many events that put Porsche on pole position among the world’s finest competition cars.

Race meetings are laid out individually and chronologically, starting with the 1951 Coupe du Salon at Montlhéry and ending with the 1963 Le Mans 24 Hours endurance race, via Sestriere, Liège-Rome-Liège, Carrera Panamericana Mexico, Pebble Beach, numerous Swiss hill-climbs and more, much more. There are some truly amazing shots – Hans Herrmann in the 1954 Carrera Mexico class winning 550, full colour Mille Miglia and Bob Donner gunning his RS61 up Pikes Peak are just some examples. Paddock studies feature strongly, and Tony has retained a typical feel for the 1950s culture.