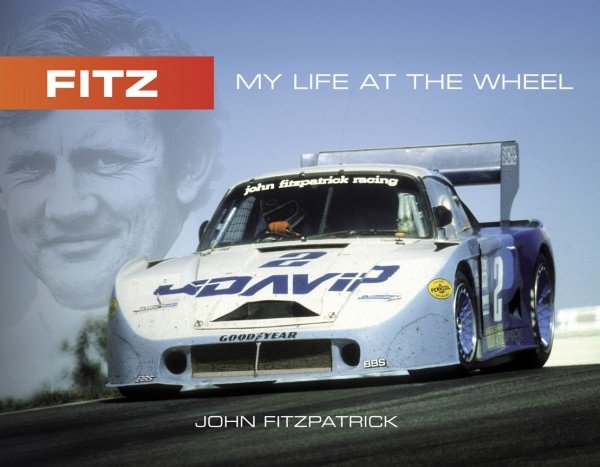 This product is currently not available.
Please inform me as soon as the product is available again.
€69.00 *

Description Evaluations 0
Description
For a time John Fitzpatrick had aspirations to become a professional golfer, having won numerous... more
Close menu
Product description "Fitz – My Life At The Wheel – Signed"

For a time John Fitzpatrick had aspirations to become a professional golfer, having won numerous junior championships, but after falling from a tree he was climbing with some friends and breaking both his wrists his golf game was never the same. What to do now? His father promised John that if he didn’t smoke or ride a motorcycle before his 17th birthday he would buy him a car. John did neither and when that day arrived his father was true to his word, rewarding his son with a new Mini. In 1962 John began competing in and winning local events in the car, and a chance meeting with Ralph Broad of Broadspeed fame proved to be a turning point his life. He was first hired by Broad to drive for his team in a Mini, then the Cooper Car Company. Returning to Broadspeed, he found himself competing behind the wheel of Ford Anglias and then Ford Escorts. At a race at Daytona in 1972 John met Erwin Kremer, a German team owner from Cologne, who hired him to drive his 911 in European events. His many victories that year resulted in his winning both the European GT Championship and the Porsche Cup While competing in Porsche RSRs for both the Kremer and Georg Loos teams, he raced Ford Capris and BMW CSLs. From 1977 to 1982 he drove multiple versions of the potent turbocharged Porsche 935 for the Barbour, Kremer and Loos teams, winning the IMSA Championship in 1980 and the Porsche Cup for a third time. In 1983 he moved up to a Porsche 956, capping off his career that year by defeating the Rothman Porsche works team in the rain at Brands Hatch. Illustrated with 128 black & white and 231 color photographs, and written in his own words, Fitz: My Life At The Wheel chronicles John’s twenty-two years competing on many of the most famous circuits in the world, in some of the most iconic cars of the 60s, 70s and 80s.

The book has been signed by John Fitzpatrick. 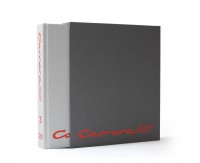