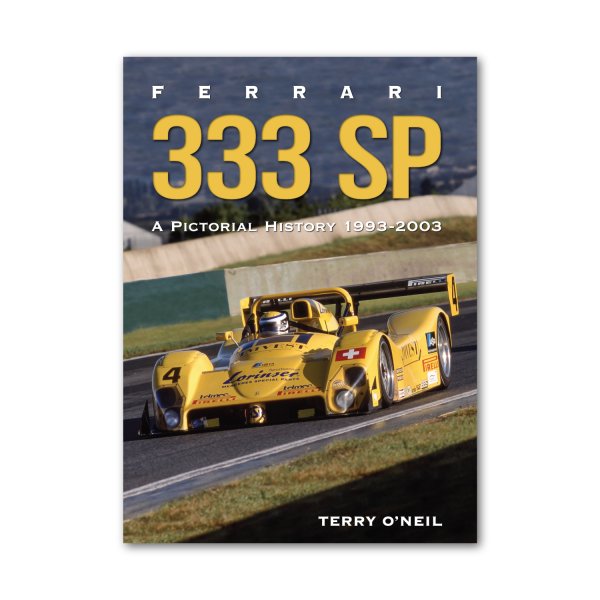 In this richly illustrated book, Terry O’Neil details the origins of a remarkable racecar, the Ferrari 333 SP. This vehicle heralded the automaker’s return to professional sports car competition after an absence of more than twenty years. The car was built specifically for use by privateers with the assistance of Dallara and then Michelotto, and none of the 40 models w ere entered into races by the Ferrari factory. The cars were sold to customer teams and individuals with a purchase price of US$900,000. Introduced on the American racing circuit in 1994, it found instant success and continued to be a major player in numerous races in the US and Europe. Of the 126 races the 333 SP entered, it emerged victorious in nearly fifty, making it one of the most successful sport prototype cars in Ferrari’s history.

Of the original 40 cars built, 27 were raced and these cars are pictur ed in this book along with details of the races and results. Containing more than 800 images – many never previously published – it is a vivid look at this inimitable automobile. An appendix reprints the car’s Certificate of Authenticity and lists the various race entries and results by chassis.