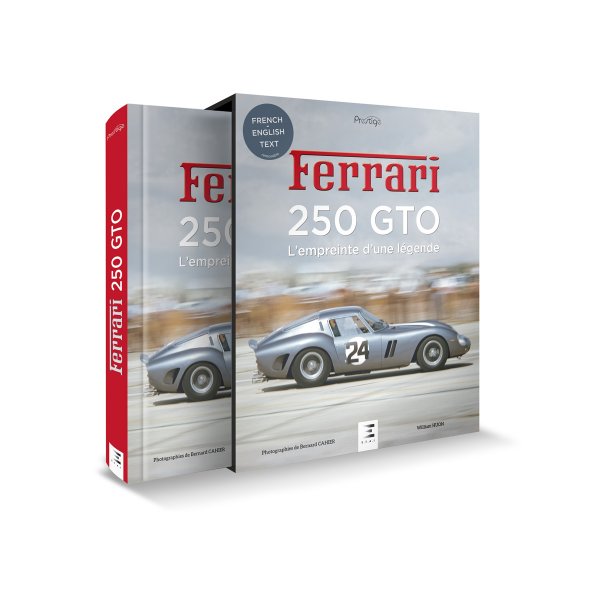 Description Evaluations 0
Description
Only 36 were built and it has since become the most expensive Ferrari in the world at 41,600,000... more
Close menu
Ferrari 250 GTO – The foundations of a legend

Only 36 were built and it has since become the most expensive Ferrari in the world at 41,600,000 €. Produced between 1962 and 1964, the GTO won the World Championship for GT Cars three years running. The book tackles three themes. In the first part the reader will discover the roots and evolution that have made the 250 GTO one of the make’s most famous models and one of the most renowned sports cars. The next chapter deals with its greatest races and its fantastic results in events like the Sebring 12 Hours, the Targa Florio, the Nürburgring1000 kilometres, the Le Mans 24 Hours and the Tour de France automobile. The final chapter retraces the individual histories of the 36 cars including the three 4-litre versions. An index completes Ferrari 250 GTO, the foundations of a legend to satisfy the true enthusiasts. The photographs are well served by an elegant layout and have been chosen from among the best images from the Bernard Cahier and Ferrari Maranello archives to give the reader, model maker and collector a wealth of previously unpublished information.