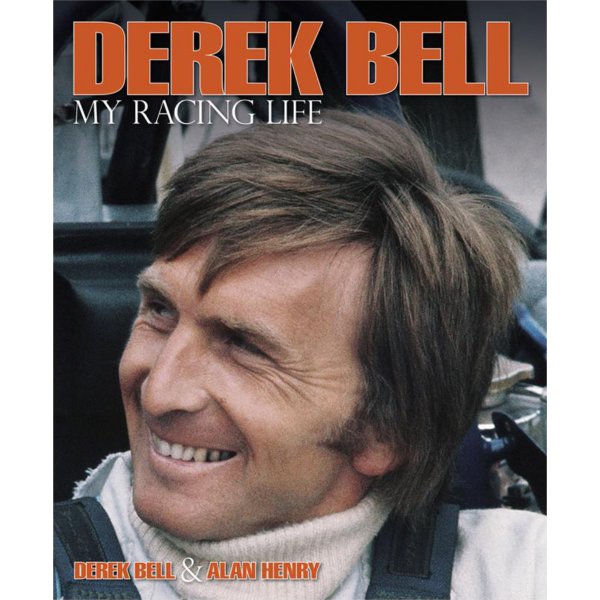 Description Evaluations 0
Description
Derek Bell has enjoyed one of the most successful, diverse and wide-ranging careers of any... more
Close menu
Derek Bell – My Racing Life

Derek Bell has enjoyed one of the most successful, diverse and wide-ranging careers of any British racing driver. In this highly readable autobiography he recalls a life in motor racing that spanned over 40 years and was packed with achievement and diversity. Bell is best-known as the consummate endurance sports car driver who won the Le Mans 24 Hours five times and the Daytona 24 Hours three times, teamed with racing greats such as Jacky Ickx, Hans Stuck and Al Holbert. Besides sports car racing, he has competed in many different cars and categories, from a works seat with Ferrari in Formula 1 in 1968 to rally driving a Vauxhall. This is a uniquely rich and entertaining story that will appeal to all motor racing enthusiasts.

A new life in the USA: racing more and more in America, where the last of his eight wins in 24-hour races came at Daytona in 1989, aged 47; racing on through the 1990s while in his 50s, mainly in American sports car events; settling to live in Florida.