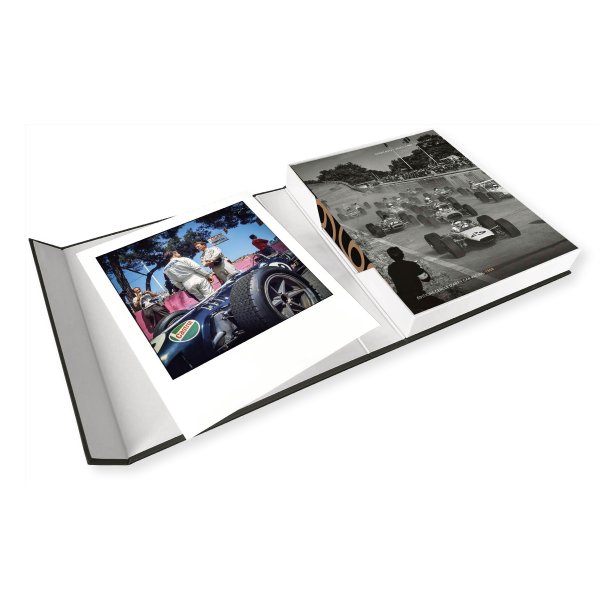 Impelled by the momentum of Matra, French motorsport underwent a renaissance in the 1960s. For the1968 season, the French firm entered Formula 1 full time and even developed its own V12 engine! This ambitious commitment fanned public enthusiasm for Formula 1 Grand Prix racing in France. DPPI’s photographers, who were friends with Jean-Pierre Beltoise, had a front-row seat to this fantastic adventure.

A fixture on the circuits since the mid-1960s, Manou Zurini was among the first to lend motorsport photography an artistic dimension. Now retired from the racing circuit, he has forgotten nothing of this exciting period and punctuates the pages of Car Racing with his colourful commentary.

One of the strengths of the Car Racing collection is that it remains true to its initial purpose, namely an editorial approach that is essentially photographic: ‘This is not an umpteenth book on the history of motorsport,’ insists Fabrice Connen, DPPI’s editorial director. ‘In every case, we favoured the strongest, most unusual pictures or those that best recreated the atmosphere of the time, even if they were taken at minor events.’

Each volume in the collection is also issued in a special cloth-boxed edition of which only 200 numbered copies are printed; these come with an original photograph from the DPPI photo agency’s archives, printed on 315-gram Hahnemühle paper by the Picto laboratory in Paris and its associated certificate of authenticity.