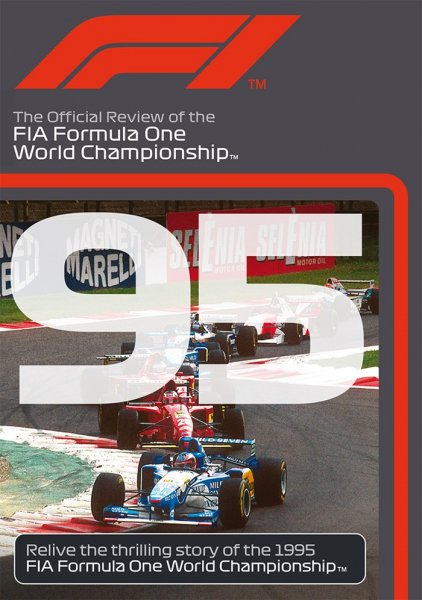 Beschreibung Bewertungen 0
Beschreibung
Ascari, Fangio, Brabham, Prost and Senna may have led the way, but in '95 it was the turn of... mehr
Menü schließen
F1 1995 – The Official Review of the FIA Formula One World Championship

Ascari, Fangio, Brabham, Prost and Senna may have led the way, but in '95 it was the turn of Benetton-Renault’s Michael Schumacher to follow them into the record books. With back-to-back drivers' titles, he became the youngest ever to do so and by the penultimate round of the championship was equalling Mansell's record of nine wins in one season.

The Ferraris thrilled the fans with their speed in the capable hands of Alesi and Berger but were too often sidelined by unreliability. McLaren Mercedes had a disappointing season despite the efforts of Mika Hakkinen.

Above all though, this official review celebrates a magnificent year for Schumacher and the ultra-efficient Benetton team.