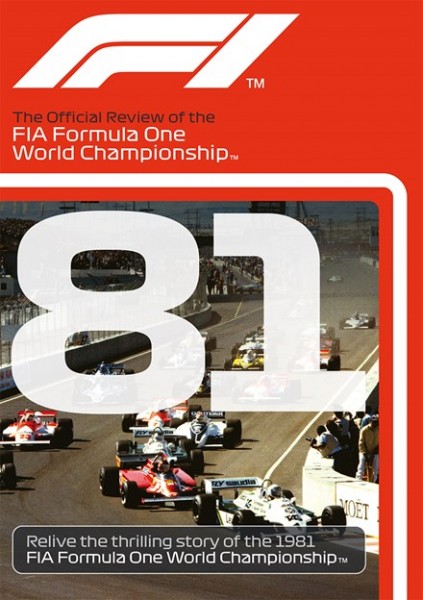 Beschreibung Bewertungen 0
Beschreibung
From the first green light at the West Long Beach, the season was charged with controversy. The... mehr
Menü schließen
F1 1981 – The Official Review of the FIA Formula One World Championship

From the first green light at the West Long Beach, the season was charged with controversy. The aerodynamic skirts had gone and new hydraulic devices were in place. Carbon fibre bodies appeared as cars were re-invented during the layoff in the winter months.

There was racing of the highest throughout the season with Argentina’s enigmatic Carlos Reutemann on the offensive. Enjoy action from every round as points go in every direction as young chargers like Alain Prost, Elio de Angelis and Nigel Mansell started to make a mark against seasoned veterans such as Mario Andretti.

Taking in some of the classic circuits such as Silverstone, Zandvoort and Monza alongside new courses such as the Caesar’s Palace season closer, this was a season packed with interest and drama from day one.

The charismatic Nelson Piquet would lift the World Championship with a single point separating him from runner-up, Reutemann.