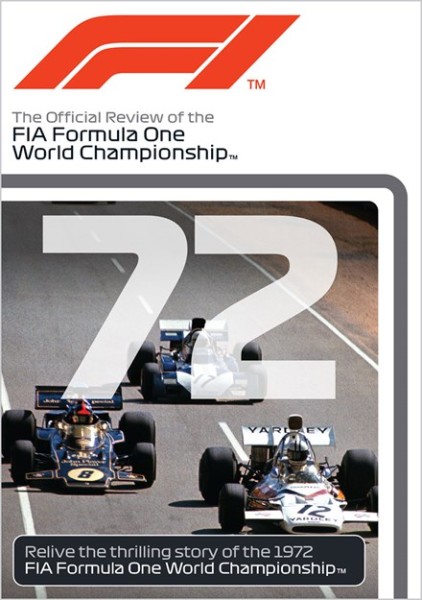 Beschreibung Bewertungen 0
Beschreibung
In 1972 all eyes were on the defending champion Jackie Stewart and expectations were high that... mehr
Menü schließen
F1 1972 – The Official Review of the FIA Formula One World Championship

In 1972 all eyes were on the defending champion Jackie Stewart and expectations were high that he would repeat the total domination of the previous year.

He made his intentions clear with an emphatic win in the 1st race – cruising home half a minute ahead of the chasing pack. However, there was another driver intent on stealing his crown: Emerson Fittipaldi, a whirlwind of talent and youthful arrogance in his iconic black and gold Lotus 72.

And it turned out to be a thrilling season of on-the-limit action that climaxed at Monza – Fittipaldi’s spiritual home. Stewart’s broken clutch put him out of the race, ensuring Fittipaldi’s place in the record books. At just 25 years of age, ‘Emmo’ became the then youngest-ever driver to take the coveted champion’s laurels.