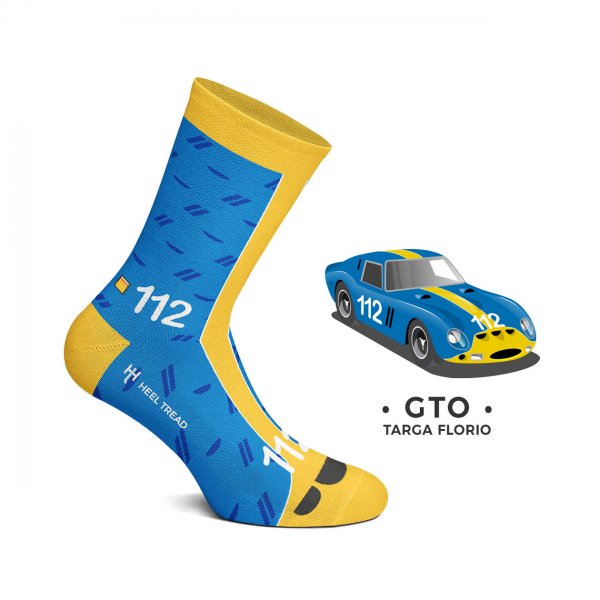 For most car aficionados the 250 GTO needs no introduction. For all others, to understand just how special the 250 GTO is in a sea of special Ferraris, you must first realize that only 39 were ever made - 36 if you're going to be that way about it *. Many consider it to be the most successful road and track vehicle ever built by Ferrari. It's also widely considered as the last, and best, of an era when you'd drive your car to Le Mans, race it for 24 hours, and then drive it back home - hopefully, after at least an oil change and a good night's sleep.
This combination makes it one of the rarest and most valuable collector's cars - the 'white whale' of the soaring classic car market of the last decades.

This particular unit is chassis 3445GT. Built in 1962, its racing career started with its first owner in Bologna, winning the 'Passo Della Raticosa'. Later that year, it was sold to Giovanni Volpi, an Italian Count who competed under the insignia of his Scuderia SSS Republica di Venezia. At this time chassis 3445GT wins the Trophée d'Auvergne.
In 1963, Swede Ulf Norinder takes ownership and changes the livery from the original red to the blue and yellow of Sweden's flag, in accordance with then racing regulations. Norinder drives to victory in his home country at Vastkustloppet. With the blue-yellow livery, the car finished second twice in the Targa Florio '63 and '64, the latter as number 112 which it still bears today.

The 1962 3445GT changed hands several times in the decades that followed, only to make the news in 2012. Sadly, for all the wrong reasons. Its new owner, American collector Chris Cox, crashed into a Hyundai minivan on his way to Le Mans for the 250 GTO 50th Anniversary Tour - at least it was cheaper than crashing into another GTO...
But the Italian stallion refused to be stopped by the Korean... squid? After two years of painstaking restoration at Ferrari Classiche, chassis 3445GT reemerged in its glorious blue-yellow Targa Florio livery right down to the 112 race number.
60 years later, may the legend of the 250 GTO Targa Florio live on for us car aficionados to enjoy, even if, always from quite a distance.

* Ferrari built three 250 GTO that, although visually similar, were quite different on the inside - chassis, engine, gearbox, etc.