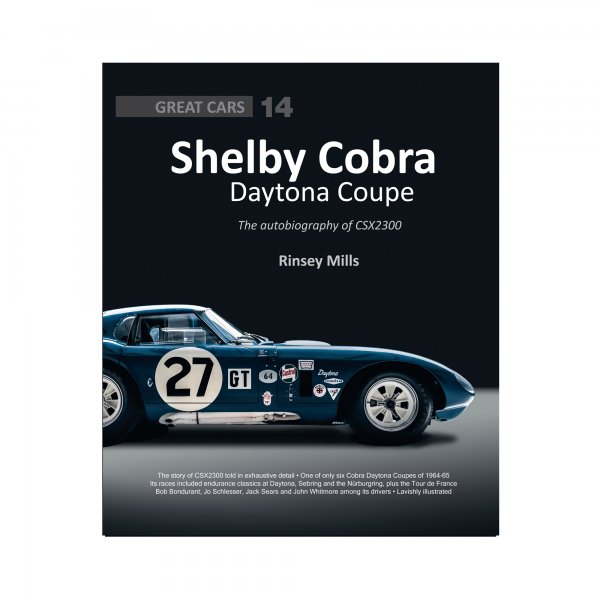 This book tells the fascinating history of the Daytona Coupe version of Carroll Shelby’s fabled Cobra with special focus on one of the six cars built. The fabulous Daytona Coupe, brutally purposeful in both looks and performance, was created to win the FIA World Sportscar Championship and duly did so in 1965, beating Ferrari in the large-capacity class – the category that really counted as it fired the public’s imagination. The specific car covered in detail in this book, CSX2300, took part in five championship rounds (one in 1964, four in 1965) and played its part in Shelby American’s unique team success. Truly one of the ‘Great Cars’, the Shelby Cobra Daytona Coupe is a most worthy addition to this acclaimed series of books.