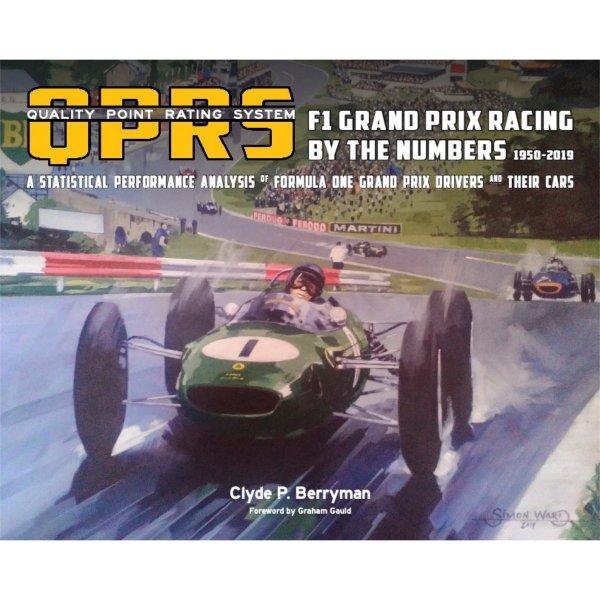 Beschreibung Bewertungen 0
Beschreibung
Was it the driver, or was it the car? That seems to be the age old, eternal question when motor... mehr
Menü schließen
Produktbeschreibung "Quality Point Rating System (QPRS) – F1 Grand Prix Racing by the Numbers 1950–2019"

Was it the driver, or was it the car? That seems to be the age old, eternal question when motor racing enthusiasts gather to discuss the relative merits of Formula One Grand Prix drivers. Author Clyde Berryman devised a mathematical formula rating system, the Quality Point Rating System (QPRS), to objectively analyze and rate driver and car performances separately and came up with his own ranking system which was first featured in the July 1999 issue of F1 RACING Magazine.

This book is the updated and comprehensive QPRS study of Formula One Grand Prix racing drivers and cars from 1950 to 2019. It has an introductory section which discusses the principles behind the rating system and the major changes which have taken place over the evolution of F1, which often make direct comparisons quite difficult. Every chapter covers each decade with a short summary of the racing which took place, a QPRS ranking of the 10 best drivers and 10 best cars of the decade, and annual tables which provide the season calendar and the historical championship points, and the QPRS driver and car ratings for each year.

There are some all-time ranking tables and other pertinent analyses contained in summaries at the end of the book. In addition to maps of the many circuits used throughout F1 history, this massive 500-plus page volume features the exceptional artwork of some of the leading contemporary motor racing artists in the world.