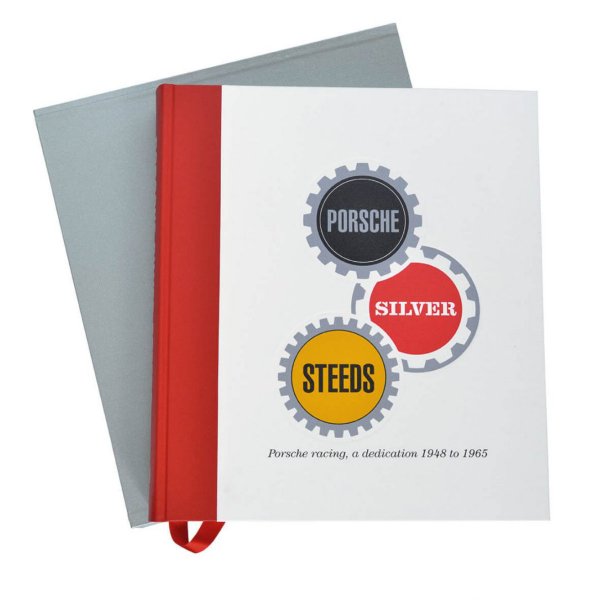 The book is a lavishly illustrated monograph by prize-winning author Roy Smith, covering the most fascinating period of Porsche’s racing history. It spans 460 pages and includes over 660 images, many of which are rare and previously unpublished from the Porsche archives.

Many top drivers started their careers in the little silver cars that came out of the Porsche workshops in Zuffenhausen, where ingenuity, creativity, and above all excellence was always the target. This was a workshop where exceptional engineers and technicians designed and built world beaters – ‘Silver Steeds’.

This book pays homage to the Porsche racing cars of the early years that set the standard of what was to follow, establishing a racing department reputation that was to become the envy of the sports car world. It brings together the ‘Spyder’ 550s, 718s and the first 904s in one work, including a foray into Formula 2 and Formula 1.

This is a tribute to the engineering gems that were the starting point for over 70 years of Porsche racing – a record of the life and times of the men and machines during an evocative period of motoring history.

As Jürgen Barth, one of the most successful drivers in sports car racing, who also worked at Zuffenhausen, writes in the preface, “The silver cars that came from the period of the 1950s were the first and it’s sure many mistakes were to be made, but each one only once! I think it is one of the reasons Porsche is so successful today. In these pages we see how it all began.”

After retiring in 2003, Roy Smith wrote several highly acclaimed works on the Alpine marque, such as Alpine & Renault – The Development of the First Turbo Formula 1 Car as well as two books covering the complete history of the Alpine Renault sports prototypes, for which he was awarded the Guild of Motoring Writers Mercedes Benz Prize and the Montagu of Beaulieu Trophy in 2010.

He then turned to another marque that has long been one of his major interests: Porsche. Not just any Porsche, of course; he continued his theme of originality with a unique study of the Porsche 924 Carrera, followed by an equally exceptional work entitled Porsche – The Racing 914s.

However, Roy felt that there was still one subject he wanted to write about: the early race cars of Porsche, that were all mostly silver in appearance, and the men who made and drove those cars.