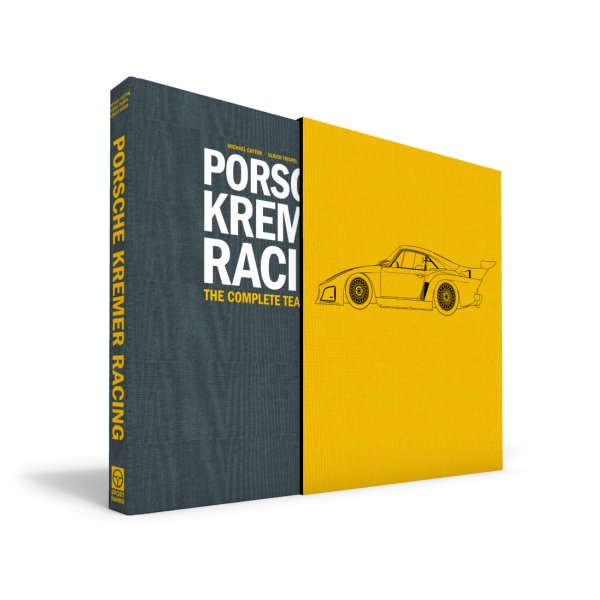 Porsche Kremer entered three Group 5 935s for Le Mans in 1979, running two versions of the latest 935 K3 and one 935/77 which was basically an off-the-shelf car. In the hands of Klaus Ludwig, the 935 K3, a technical masterpiece in regards to aerodynamics which produced excellent downforce, had already turned out to be the car to beat in the first races of the DRM. Before Le Mans Ludwig had already won three out of four races of that championship easily and finished second once.

During qualifying at Le Mans it became clear very early on that at least the two 935 K3 crews – Klaus Ludwig and brothers Don and Bill Whittington from Florida as well as Axel Plankenhorn with Frenchman Philippe Gurdjian – were going to be contenders for overall victory as far as the lap times were concerned. Behind the two factory Group 6 Porsche 936/78s driven by Bob Wollek/Hurley Haywood (3m30.07s) and Jacky Ickx/Brian Redman (3m31.37s), Ludwig set the third-quickest time (3m34.60s).

After brothers Don and Bill bought the car from the Kremer brothers to be allowed to drive the start, Ludwig and the Whittingtons drove a great wet race and were leading in the morning hours. With three hours to go, the Kremer Porsche had built itself a near-unassailable 16-lap lead over the Dick Barbour Racing Porsche, driven by Barbour, Paul Newman and Rolf Stommelen. But suddenly Don Whittington was stranded trackside thanks to a broken ignition pump belt. Luckily, there was a spare on board, which the American located and then rolled around in the dirt to fit. The engine started, Whittington took off, and a short time later – near the Mulsanne corner – the belt broke again.

‘A few metres away in the pit lane, Paul Newman was laughing,’ Manfred Kremer remembers to this day. ‘At first we considered taking a new belt down and hiding it in the grass, but the Ickx/Redman 936 had already been disqualified for outside assistance. The ACO people just wouldn’t buy the idea that these belts were growing on trees at La Sarthe. But we did have a spare engine in the garage. I looked at it and thought maybe we could do something with the alternator belt.’

The idea was passed on to Whittington, who took off the alternator belt. ‘We were speaking to him on the radio the whole time,’ says Manfred Kremer. ‘We told him where to find the tools and the spare alternator belt and how to do it. Every two minutes he’d answer: “Manfred, it won’t work!” “Go on, you’ll get the belt on.” “But it won’t fit.” “Yes, it will! Get on with it!” He crawled under the car, where there was a big puddle. Fortunately, he managed to get it on while his head was halfway under water!’

At this point there was a double miracle. Firstly, the engine started again. It didn’t run all that well due to the timing being out of synch, but it made it back to the pits, albeit at walking pace. There, the mechanics got the engine back into good working order. The whole thing took more than an hour, yet the Kremer Porsche retained its lead. It had shrunk to three laps, but it was still a lead. How did that happen? The Barbour Porsche had spent five laps stuck in the pits with its own problem – a wheel nut issue meant the only way to change the front-left tyre was to replace the entire strut.

‘It was simply an indescribable feeling,’ says Manfred, ‘when the entire team could celebrate that we had won at Le Mans. Nowhere else do you feel that way.’ Adding to that big triumph, Ludwig won the Watkins Glen 6 Hours with the Whittington brothers – proving it wasn’t just lucky that they won at Le Mans!

A bit more than 40 years later, we celebrate this overall Le Mans victory with a special edition of our book “Porsche Kremer Racing – The complete team history”. Signed by no others than four Le Mans winners, Manfred Kremer, Klaus Ludwig, Bill and Don Whittington, we produced 99 examples, cloth bound, with embossing and a beautiful screen print of the Le Mans and DRM winning Kremer-Porsche 935 K3.