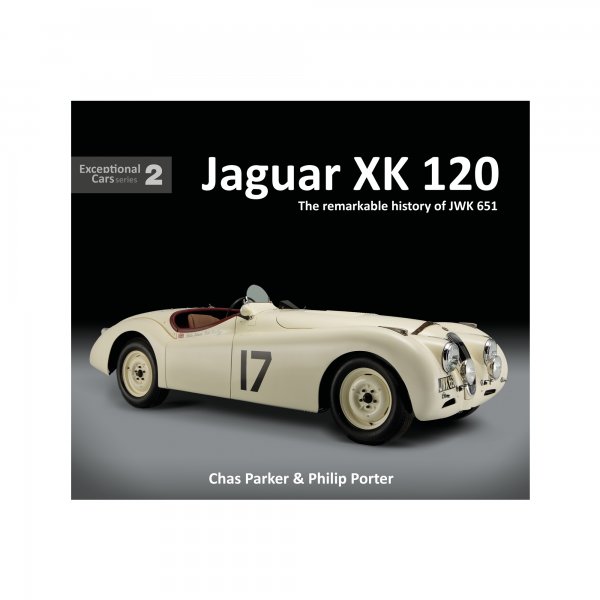 Beschreibung Bewertungen 0
Beschreibung
The story of one of the six alloy-bodied XK 120s that were prepared by Jaguar in 1950 for racing... mehr
Menü schließen
Jaguar XK 120 – The remarkable history of JWK 651

The story of one of the six alloy-bodied XK 120s that were prepared by Jaguar in 1950 for racing and rallying.

This XK 120, known as JWK 651 because of the registration number it has carried since new, was owned by Leslie Johnson and raced by him in some of the most prestigious events of the time, including the Le Mans 24 Hours, the Mille Miglia (twice) and the Tourist Trophy at Dundrod.

Beyond that, Johnson and up-and-coming Stirling Moss visited the speed bowl at Montlhéry, near Paris, for a record-breaking attempt and Johnson also took part in the RAC Rally. Besides this diverse and distinguished period competition career, the book tells the story of the later life of this most significant car.