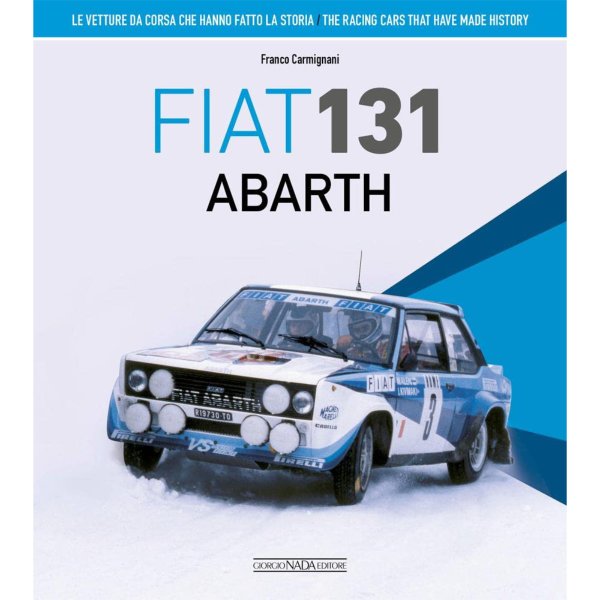 Beschreibung Bewertungen 0
Beschreibung
The entire technical evolution and the competition history of a rally car as glorious as it was... mehr
Menü schließen
Fiat 131 Abarth

The entire technical evolution and the competition history of a rally car as glorious as it was “unexpected” enclosed in a single volume.

The Fiat 131, born as a tranquil family car, proved capable of transforming into a formidable rally competitor. This monograph draws on the testimony of the engineers who contributed to its creation and the numerous drivers and navigators who rallied it. Ingegner Sergio Limone was part of the team of engineers asked to define the 131 Abarth Rally project while the likes of Maurizio Verini, Michèle Mouton, Gigi Pirollo, Fabrizio Tognana, Dario Cerrato and Lucky Battistolli all, in various ways, contributed to making the Fiat 131 Abarth one of the most successful rally cars of all time with three World Championship titles to its name won in 1977, 1978 and 1980.