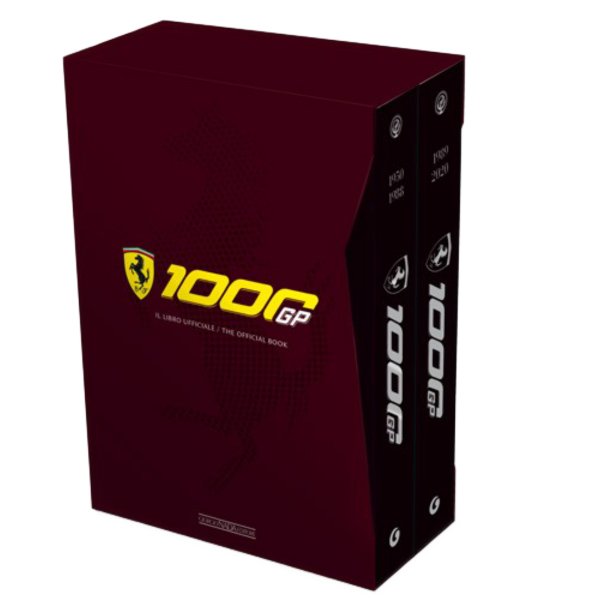 The prestigious publication in two volumes, “Ferrari 1000 GP The Official Book”, in a limited edition, is an extraordinary tribute to Scuderia Ferrari and the remarkable objective of 1,000 Grands Prix achieved by the team from Maranello in 2020.
Over the course of more than 700 pages enriched with more than 1,000 illustrations, many of which previously unpublished, the work traces the incredible story of Ferrari’s participation in Formula 1 that began in 1950 with the Monaco Grand Prix, continued with no less than 230 victories, 15 Drivers’ titles and 16 Constructors’ titles and has in fact reached the unique total of 1,000 Grands Prix.

Made in collaboration with Ferrari Spa and available in a limited edition of 2,000 copies, the book is contained in an exclusive slipcase in “Rosso Storico 127”, the same colour as the 125 S, the first Ferrari from 1947, and the SF1000, which in 2020 competed in the Scuderia’s 1,000th Grand Prix on the Mugello circuit.

An indispensible volume for the bookshelves of all enthusiasts of the Prancing Horse: a precious collector’s item as well as an invaluable source of information regarding the results obtained by the cars from Maranello in every race and the team’s placings in the Drivers' and Constructors’ championships.