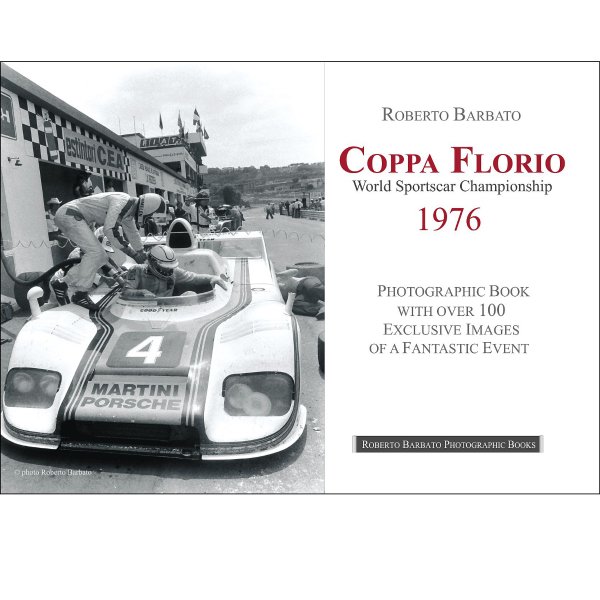 The photographic book Coppa Florio 1976 tells, with exclusive and unpublished pictures taken by the photographer Roberto Barbato, the fourth round of the World Sport Championship on the Pergusa Circuit on 27 June 1976, a race where the official teams of Porsche, Renault, Alfa Romeo and the main protagonists of this exciting Championship faced each other.

Free practice, official practice, the start of the race, the initial stages, stops and driver changes in the pits, final stages and the arrival of the overall winners Mass/Stommelen on Porsche 936 Martini, are documented in 187 pages, with 110 photographs.

A film of the race that all fans can enjoy, with the photos printed full-page!

The publication includes the list of the Championship races and the overall classification.