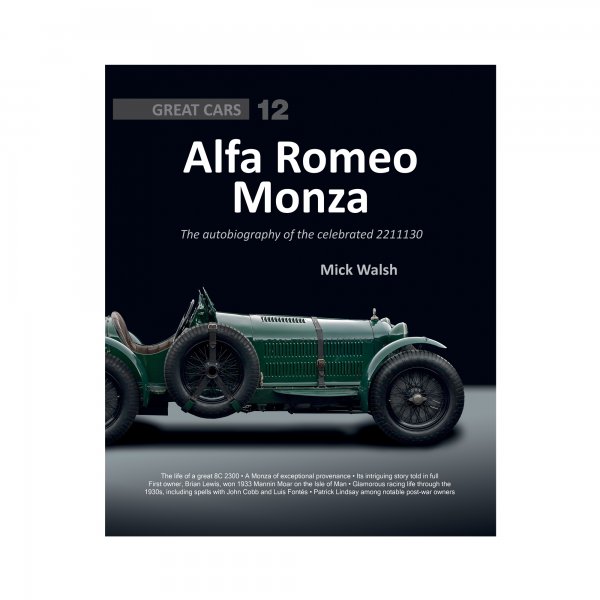 This Alfa Romeo Monza book is about a specific car '2211130' that was built in 1933.  It was raced that year by the Hon Brian Lewis and won the arduous Mannin Moar race on the Isle of Man. The car continued to be raced until the war by John Cobb (1934), Luis Fontes (1935), Anthony Powys-Lybbe (1936–37) and Fay Taylour (1938), at venues as diverse as Vila Real (Portugal) and Phoenix Park (Ireland). Post-war, it passed through several significant collectors to arrive at its status today as one of the more important surviving Monzas, and a car with so much charisma and historic interest that it is a most worthy addition to the acclaimed ‘Great Cars’ series.