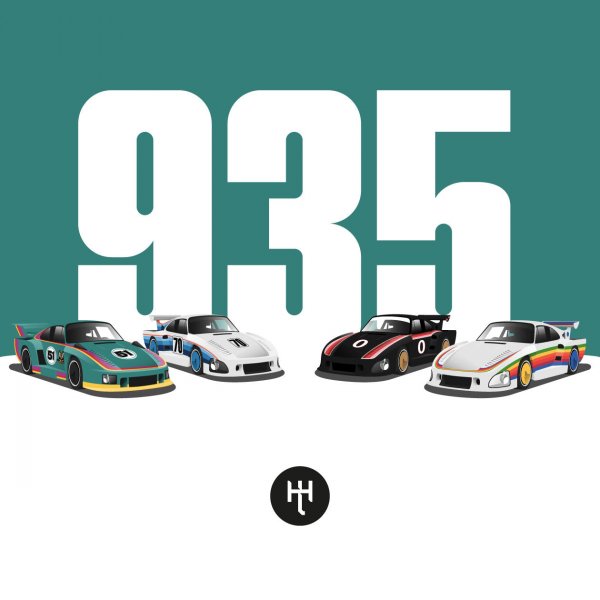 The 935 is one of Porsche's most successful racing cars. And that's saying a lot when talking about one of the most dominant car brands in motorsport.

In the wake of early '70s 911-based Carrera RSR and RSR Turbo's dominance, in 1976 Porsche introduced the 935. Designed by Norbert Singer it was an evolution of the RSR Turbo for Group 5, aka the Silhouette formula. Featuring a mighty 3-litre turbocharged flat-six, aerodynamic fibreglass bodywork and independent coil-spring suspension, it won its maiden (and the next three) Group 5 season. Porsche had done it again.

In the following years, several versions were developed and produced in Stuttgart for the works team and for eager customers, while collecting victories and accolades all around the world. Porsche's withholding on some of the best new features led many private teams to develop their own versions of the 935. None stood out more than German-based Kremer Racing, especially with the Le Mans and IMSA winning '79 K3.

This set contains four designs based on favourite Kremer racing liveries that wrapped the legendary 935: Vaillant, Sachs, Interscope and Apple.